God’s Word for Every Language 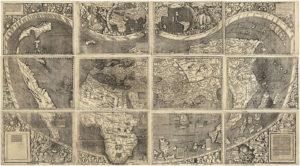 Knowledge of the world was growing in Luther’s time.

“Would that this one book were in every language, in every hand, before the eyes, and in the ears and hearts of all men.”

Could Luther have imagined when he wrote those words just how many languages there were in the world? 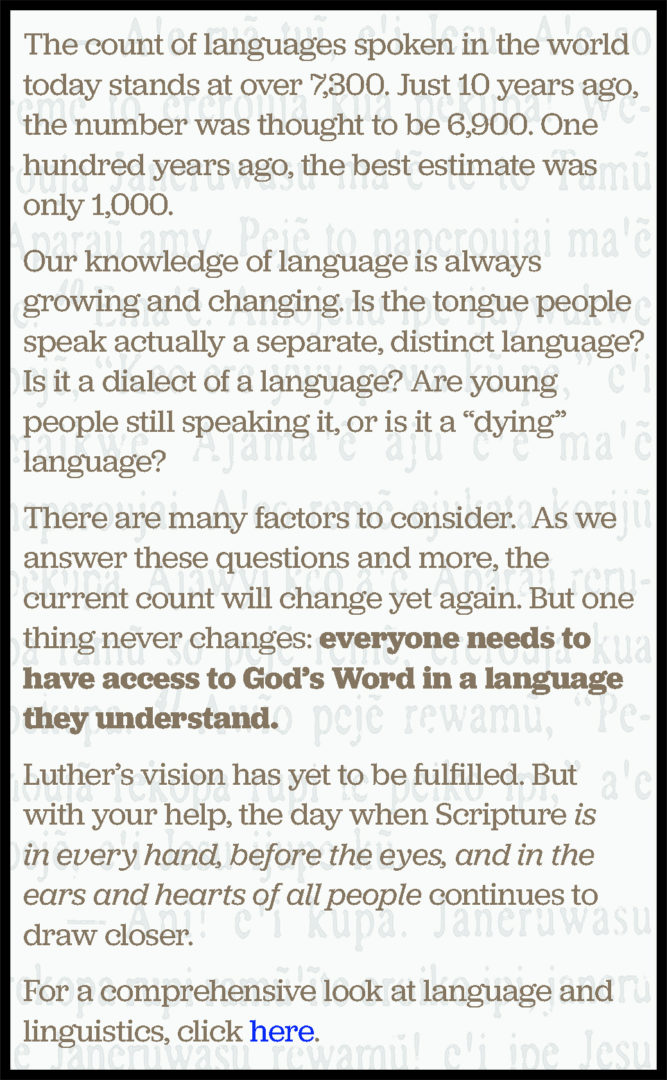 With ongoing European exploration expanding knowledge of the world, he must have realized that new people, cultures and languages were literally just over the horizon. And he wanted them to have the opportunity to learn about Jesus—to fully understand God’s Word—through the language they knew best. Every language, every hand, the eyes and hearts of all.

The first translations into European languages began over 500 years ago. But substantial growth in the number of languages with translated Scripture didn’t occur until the years 1815-1914. According to one source, that number quintupled between 1914 and today, meaning over 2,500 languages now have some portion of Scripture. Still, out of a total of 7,358 languages in the world, less than 10% have both the Old and New Testaments. If you are interested in a comprehensive history of Bible translation click here.

We still have a long way to go, but we’re heading in the right direction. Bible translation is becoming a worldwide movement. Collaboration between international organizations means more shared ideas, expertise and workload. A growing interest among indigenous peoples—and an increasingly educated populace—brings higher numbers of heart language speakers to active involvement in translation projects in their communities. And people who, like Luther—like you— believe that everyone should have Scripture in a language they understand, make Bible translation possible through their gifts, prayers, and advocacy.

We feel privileged to be part of God’s mission to share His Word. And we honor our Lutheran heritage as we engage in Bible translation projects around the world. Click here to learn more about LBT’s mission, vision and values.