March 21, September 30, April 27, July 4, August 10, and September 16 all have something in common.  They are the dates Namibia, Botswana, Sierra Leone, the U.S., Ecuador, and Papua New Guinea celebrate their independence, the day their countries and citizens received their freedom. 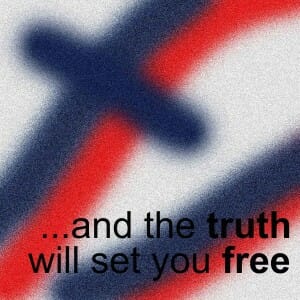 In John 8:32, Jesus says “If you hold to my teachings you are really my disciples.  Then you will know the truth, and the truth will set you free.”

Of course, Jesus was not referring to freedom from one political entity ruling over another.  He was explaining that all people are slaves to sin, unable to break the bonds of sin on their own.  Only by believing the truths He shared, believing in Him as the ultimate Truth, and living in the Word, can we be liberated from condemnation and death.  He was talking about spiritual freedom.

Namibia, Botswana, Sierra Leone, the U.S., Ecuador, Papua New Guinea and 190 other countries are politically independent.  But a combined total of 180,000,000 of their citizens have not had the opportunity to become spiritually free.  They haven’t heard the truth, and do not recognize Jesus Christ as their Lord and Savior.  Barriers of language still exist that prevent them from hearing or reading Scripture in their own languages.

Living in a free country is a privilege.  We give thanks for the many blessings we enjoy and those who have been willing to defend our independence.  But our earthly life is brief.  Only the spiritual freedom that is grounded in faith in Jesus Christ assures us of eternal life in the kingdom of heaven.

Our nation declared its independence 239 years ago.  As we celebrate this Fourth of July, let’s not forget that the ultimate freedom was won through Christ’s death and resurrection almost 2,000 years ago.  And consider partnering with LBT to bring this liberating news to those still living in spiritual darkness!