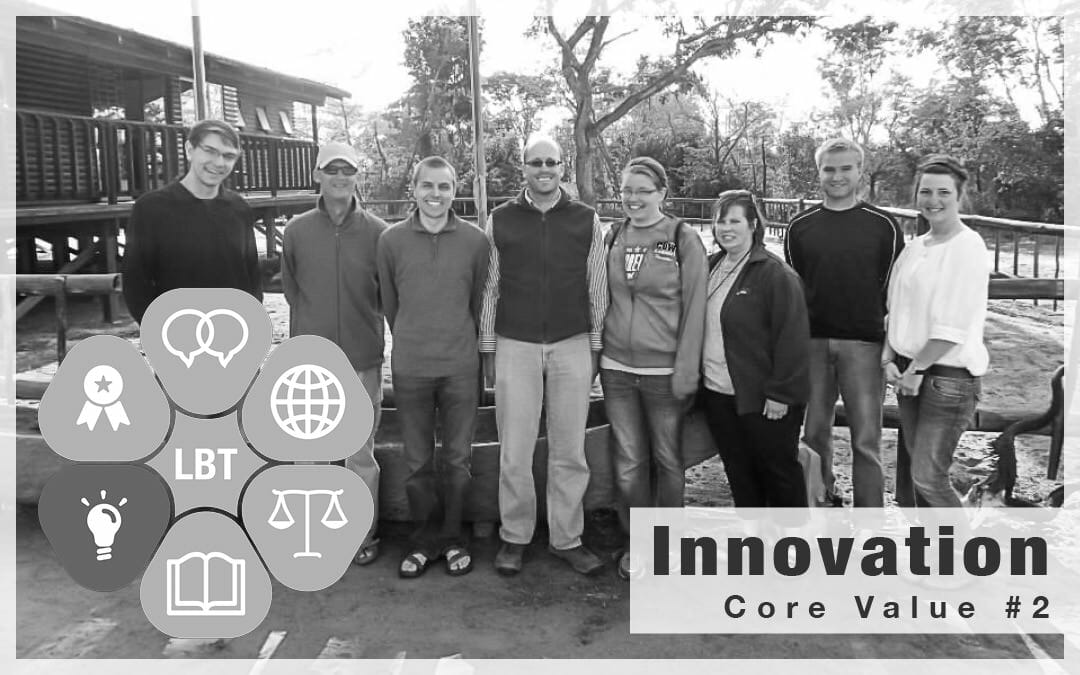 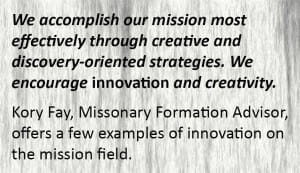 There are standard procedures for Bible translation, but many of the details are governed by the context of the specific translation project. This requires dialog to determine the most effective means for people to engage in the translated Word. This often necessitates innovation on the part of the missionary and the translation team. 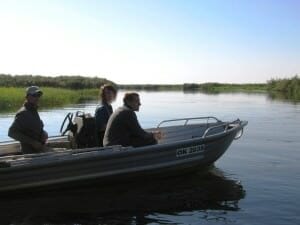 Rev. Tim Beckendorf serves as translation advisor to the Khwe people of southern Africa, who have little Bible background. Given this context, Tim consulted with Jim Laesch, LBT associate director of international programs, to discuss ways to better enable the Khwe to understand the Gospel message. The decision was made to do a panoramic Bible translation, taking a sampling of key stories from both the Old and New Testaments (based on a Scripture set suggested in a paper by Jonathan Burmeister, an LBT associate missionary). This allows the Khwe to have access to key Old Testament stories that enrich understanding of the New Testament. 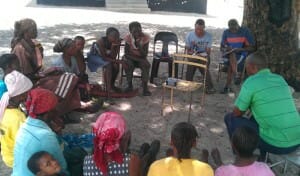 With the assistance of LBT missionary Rob Veith, Tim and the Khwe translation team have been recording portions of Scripture as it is translated, so audio portions can be released not long after the printed portions.

The results have been astounding.

There have been regular gatherings to listen to Scripture as it is played or read in three countries – Namibia, Angola and Botswana – where the language is spoken. Many of these groups have been eagerly discussing Scripture stories from Genesis that have been reframing their idea of who God is and how He interacts in this world.

With technology changing constantly and becoming more widely available in the contexts where LBT serves, the tools that we can use to help people engage in Scripture are becoming more and more robust. In the last year, LBT missionary Paul Federwitz has been part of a project with another IT missions professional developing the Scripture App Builder. This Windows program enables users to make a customized Bible app on Android for one translation of the Bible in a minority language. This includes menu options in the language, providing complete immersion in that language in the app.

Audio Scriptures can be built into Scripture App Builder, so that users can listen and follow along at the same time. And what’s most impressive is the feature that highlights the written verse using timing files as it is being played in audio form. This has major implications for helping people to learn how to read their own language and better engage in Scripture.

The Scripture App Builder has already been used to develop customized apps for several languages, including the Komba language of Ghana, one of LBT’s translation projects. The app was distributed on Bluetooth with the hard copies of the Komba New Testament at the dedication in November 2014. To see a demo of this app, go to https://www.youtube.com/watch?v=xyKqgi_8cc8.

As our contexts change and technology advances, we find innovative ways to bring God’s Word to people in meaningful, practical, culturally appropriate ways. But the Gospel remains the same, good news for every language.