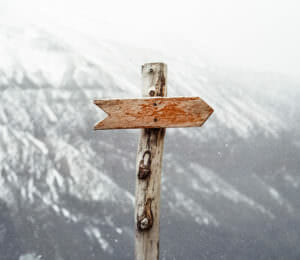 I forget where I was when I heard Dennis talk about Hewate, but I’ve never forgotten the story.

Dennis, an American, was a missionary helping to translate the Bible for the remote Duna people in the island country of Papua New Guinea. Every day Dennis would sit with Hewate. Dennis knew the Bible. Hewate knew his language. Together they would figure out how to express God’s Word in Hewate’s mother tongue.

And every day Hewate would go home and tell his parents about the amazing things he was learning.

One day Hewate grew silent, just staring out the window of the small hut that served as their office. He turned to Dennis and asked, “Did your father have God’s Carving in his language?” (God’s Carving is the term they used for the written Word. Hewate’s language had never been written before.)

Pondering that for a while, Hewate asked, “Did your father’s father have God’s Carving in his language?”

Dennis finally realized the real question. The one Hewate could not ask. The worst thing you could do in his culture was shame someone. Hewate did not want to shame Dennis. But Dennis knew that his real question was, “If your father’s father’s father had God’s Carving, why has it taken so long to come to us?”

The story, which could be a sermon illustration, moved me to do something.