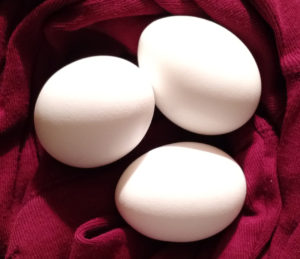 False beliefs and superstition can be found in cultures around the world.

Misconceptions, misunderstanding, and false beliefs know no boundaries. They occur worldwide and can even be found among those newly come to Christianity.

Mrs. D and her young child traveled to a nearby town. As they were walking down the street, the child was nearly hit by a speeding bus. The little girl came down with a fever several days later and the mother feared the worst. The fever was a clear sign that the child’s spirit had left her body and was stuck at the place where the near tragedy occurred. Great harm would ensue if her spirit was not brought back.

The distraught mother contacted an evangelist from her church with a request. Would he please take some of the child’s clothing and an offering of a boiled chicken egg to the scene of the incident and pray that the child’s spirit would return home?

The evangelist recognized that, as a new believer, Mrs. D had not yet come to understand the full truth of who Jesus Christ is and His authority over the spirit world. He and the church’s pastor decided to hold a workshop to explain Christ’s authority (and His love and protection) to Mrs. D and other new believers in the congregation.

Having Scripture in one’s own language is just the first step in achieving true faith and trust in Jesus Christ. A lifetime of misguided belief is not easily overcome. Many of us have been Christians since birth. Yet despite years of church attendance and Bible study, our understanding of God’s Word remains incomplete. How much more difficult for one newly come to faith to stand firm in the face of cultural traditions and beliefs?

Halloween is just a few weeks away, a time when children—and adults—traditionally trick or treat, attend parties, and tell ghost stories. In fact, throughout the year, zombies, vampires and other such creatures that go bump in the night make for popular books, TV shows and movies. And it’s done in the name of fun and entertainment.

But for many people today, the spirit world is very real. Belief in the supernatural is a part of everyday life, and fear of what the supernatural can do is ever present. Lutheran Bible Translators serves around the world with people who are culturally diverse in many ways. Even as they learn about Jesus, new believers still struggle to escape false beliefs held for generations, especially if they are among the few Christians in their communities.

Please pray for those like Mrs. D, eager to learn more about their new faith, but still faced with the old familiar temptations and falsehoods they have known for a lifetime. Your gifts support programs that help Mrs. D and other like her to understand Scripture and place their trust in Christ alone.