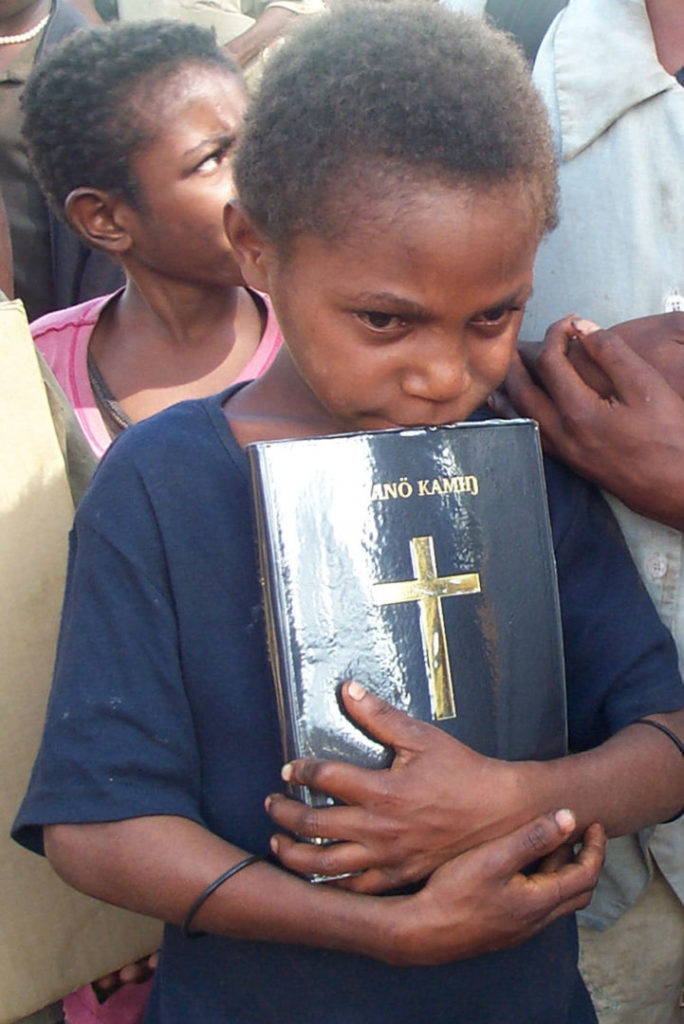 “Father, forgive them, for they do not know what they are doing.”

As Jesus was dying on the cross, He asked God to forgive those who put Him to death. There can be no greater example of love, compassion, or selflessness. It is an example even those of us familiar with Scripture often find difficult to follow, even in the face of minor transgressions. But when we don’t forgive…well, volumes have been written about the consequences of holding on to anger and resentment.

Try then to imagine what life was like for the Kobon people of Papua New Guinea. When LBT associate missionaries Rev. John and Maila Davies began serving with the Kobon 50 years ago, there was widespread fear of all kinds of spirits, especially the spirits of dead relatives. People felt compelled to follow the customs of their ancestors by avenging a relative’s death. And since no death, except that of a very young child, was believed to “just happen” without someone maliciously causing it, every death of a relative had to be avenged. If they did not avenge the death, they believed the spirit of the deceased would cause sickness and death among them.

The people lived in constant fear. Many men showed John their arrow wounds or told of a relative killed in an attack on, or by, an enemy clan. Because they never forgave a wrong, or imagined why anyone would want to do so, there was no concept of forgiveness. The idea was so revolutionary they didn’t even have a word for it!

It was a challenge for the translation team to find a way to accurately and clearly convey to the Kobon the meaning and importance of forgiveness. With God’s help, they were successful, and He is working in the lives of the Kobon today, transforming individuals, families, and communities. “The Word of God is powerful in its effect. It has been amazing to see the change in people as Jesus has come into their lives through His Word,” said John.

To forgive was revolutionary for the Kobon. For God to offer the free gift of salvation to a sinful world was also revolutionary. It changed—is still changing—the world. You can be part of the Bible translation movement and put God’s Word in the hands of those still waiting for this life-changing message. Click here to see how you can pray, give, or perhaps serve on the mission field yourself!