There are many stories about Roman persecution of early Christians. Rome was actually very tolerant, granting religious freedom to many diverse groups. But the unifying factor in Roman worship—and society—was belief in a core group of Roman gods who protected the city and allowed it to prosper. Christian refusal to worship these gods—and thus petition and/or appease them—was seen as an endangerment to the empire itself. Such people were considered unpatriotic and a threat to all. 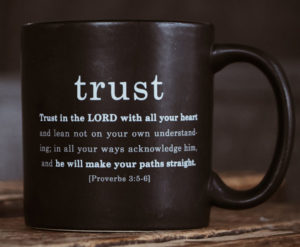 Even lifelong Christians need a reminder

Similar parallels exist in the modern world. In some locations, religion is closely tied to national identity. To deviate from the national religion for a foreign religion, to abandon the ancestral ways, is looked upon with suspicion. Misunderstanding of how faith in Christ affects family and community can lead to ostracism for those who choose to practice Christianity. Social pressure to return to the fold can be overwhelming.

As LBT Director of Program Ministries Rev. Rich Rudoswke explains, “Cross-cultural work is ultimately relational.” Missionaries emphasize that God loves and values all people and their unique cultures. They encourage people to follow Scripture but also to abandon cultural practices that violate Christian principles. This can be received as a mixed message. Learning about a culture and discovering how to communicate with people through the lens of their worldview, their experiences, their traditions, is a major part of Bible translation. Giving them a Bible that makes no sense and leads to serious misconceptions is destructive and defeats the purpose. Providing Scripture that clearly illustrates God’s will using a familiar language that is easily understood allows people to thoughtfully examine their own actions and lives through a new Christian lens.

The ancient Romans trusted that worship of a pantheon of capricious gods would protect them. It was a tradition that ultimately let them down. In today’s world millions of people place their trust in equally tenuous practices. They need our help to learn about the one true God. Put His Word in their hands!