The Bees of God?

It’s happened to many of us: Undeliverable. Your email didn’t go through. Why? It could be a matter of just one letter or symbol being incorrect.  One mistake prevented your message from being received.

Consider the consequences of such an error in Bible translation.  Using the wrong spelling, the wrong punctuation, the wrong tone, can change the meaning or emphasis of a word or sentence.  God’s Message will not be received clearly or accurately. 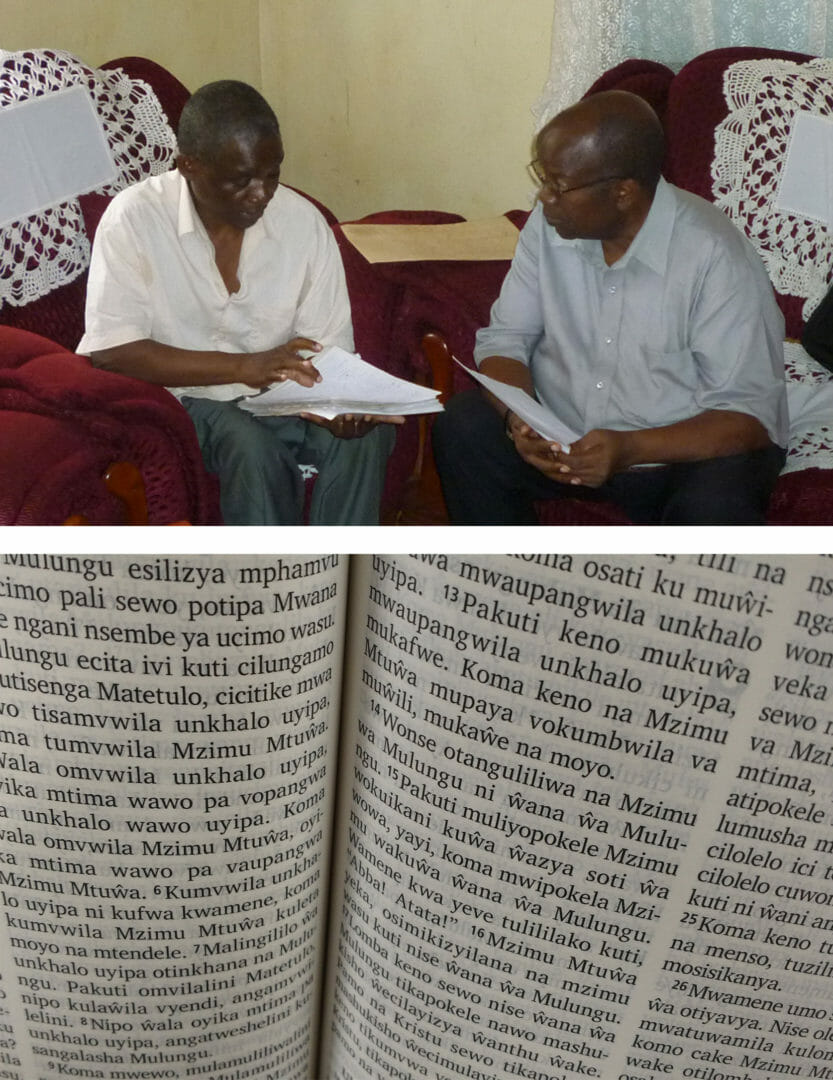 What’s the problem? Mzimu means spirit.  Nzimu are bees.  Being led by the bees of God might seem humorous to us – we can figure out what it’s really supposed to mean.  But what if you were totally unfamiliar with Scripture, knew nothing about Christianity?

The Nsenga team also discovered other errors in their original draft copy.  The word chosamvwa means trespasses or disobedience.  Chosmawa means drinking beer. So in Ephesians 2:1, because chosmawa was used, Paul’s words in Nsenga read “you were dead because of not drinking beer.”  Again, humorous for some, totally confusing and misleading for others.

Accuracy is a must

God gave us Holy Scripture so that we might know His plan for our salvation.  He tells us who we are, where we came from, and how to get to our heavenly home.  Further, He commands that we share this Good News so that others might believe.  It is essential that the integrity of His Word is not impaired.  That is why LBT missionaries are highly trained.  It’s the reason mother tongue speakers serve on translation teams on the field and why draft portions are painstakingly checked and tested for accuracy.

Yes, it’s frustrating when an address is wrong or your email doesn’t make it through.  But how small that is compared to God’s Word never reaching all people everywhere, or being misconstrued by those most in need of His saving grace.  His Message must be sent, received, and understood.  And to be understood, it must be accurately translated into the heart language.