Rob and Mical Hilbert have served with LBT in Sierra Leone.  They will begin a new assignment in Botswana at the end of 2015.  Read on to learn more about Mical’s MK experiences.

I was born in Guatemala, Central America, where my parents were serving as missionaries with the Lutheran Church-Missouri Synod (LCMS). I’m a dual citizen!!! We lived there off and on until I was around ten years old. Prior to joining LBT, I also spent a semester studying in Cairo, Egypt. Since joining LBT, Rob and I spent three months doing training in Ghana and lived in Sierra Leone helping on the Mende Bible Translation Project. We are currently preparing to move to Botswana to help work on the Shekgalagari Bible Translation Project. 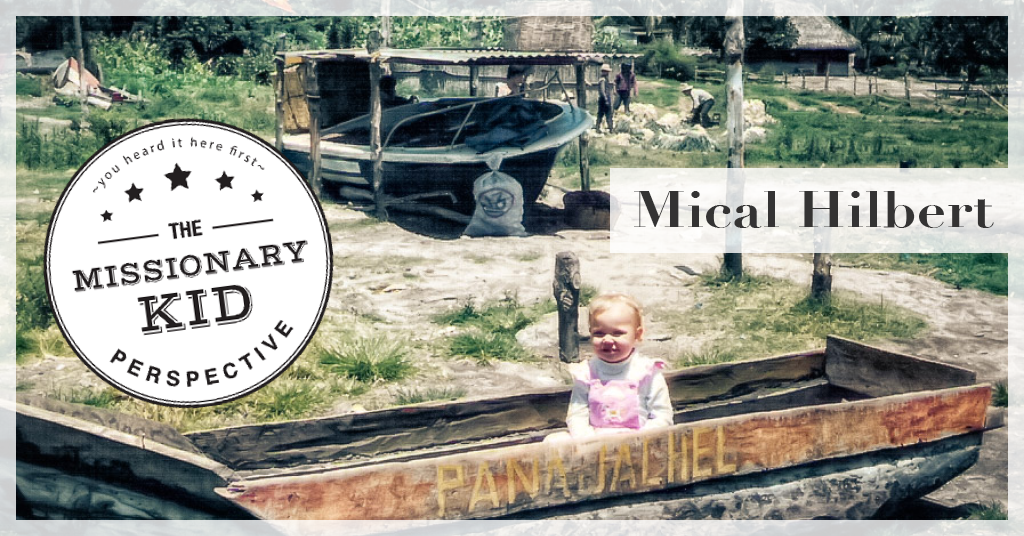 What was it like to live in the United States after growing up in a different country and culture?

To be honest, a lot of things weren’t that strange to us kids because we were back and forth to the U.S. for year-long furloughs in between overseas living. We also attended a Christian international school so our learning environment was similar to a private Lutheran school. The part that was strange was that my friends in the States hadn’t really traveled or lived overseas so they didn’t understand how things are in a poorer country or in different cultures around the world. One of the things that groups of kids love to do in grade school is to try to get everyone to be the same, but I never liked that. Different doesn’t mean bad, or good, it just means different!

Once in a while I would have trouble with vocabulary, especially words that I understood better in Spanish than in English, because we often spoke Spanglish (a mix of English and Spanish) among our friends at school in Guatemala. So for example, in Guatemala a lime was called a límon, and lemons weren’t really available. I liked to eat limes a lot, but I assumed that because a lime was called límon in Guatemala, that the sour green fruit I liked was called a lemon in English. My mom brought home lemons from the grocery store several times before we cleared that one up!

It also felt strange because I looked like everyone else in the U.S. but I didn’t feel like them on the inside. I had had such different experiences that I really did feel different. I was a citizen of Guatemala, too! I wasn’t just from the U.S. It took me a long time to reconcile the way I feel from the way my friends in the U.S. saw me. And actually, at this point in my life I can identify much more with Americans (from the U.S.) than I could when I was a teenager.

The thing that I miss the most about living on the mission field as a child are family vacations to ‘the lake’ (Panajachel at Lake Atitlan), being able to live in a UNESCO World Heritage site (La Antigua Guatemala), the beautiful climate and scenery, the vibrant Mayan culture, the school we attended and the friends we made.

I guess the only thing that I don’t miss was the high crime rate. As in, all missionaries besides us had been robbed on the highway at gunpoint and there was a civil war ongoing for the time we lived there. In addition, petty theft was a big problem.

How easy or difficult was it to make friends, do schoolwork, and other “normal” activities while being known as a “missionary kid” by the community? (after returning to the States)

It was not hard for me when I attended a private Lutheran school. When we moved and I attended a large public school, it was very difficult to make friends. I would never enroll my MK children in a huge public school! But my parents didn’t realize that at the time, and the Lutheran schools were expensive. And honestly, the public school was one of the best schools in the area. It was very tough at the public school, because being a missionary was seen as so weird and outside the norm. And plus I think at any large school it just becomes harder to make friends as the new kid, especially in middle school. At the small Lutheran school, they were more exposed to what a missionary was and more open and accepting of that. In either case, though, schoolwork was not a problem for me. I was well prepared from the school we attended in Guatemala.

What is your favorite memory of living overseas as a child?

I have so many favorite memories that it’s hard to pick one! We really enjoyed going to Panajachel, a town on Lake Atitlan. Our friends would let us use the cabin they owned. My mom would make donuts from her grandma’s recipe. We would listen to the Beatles and Neil Young, play Ping Pong and swim all day and play Trivial Pursuit at night. Ernest Hemingway called Lake Atitlan the most beautiful lake in the world, and I think that could be true! It’s ringed by three volcanoes and is just a magical place.

How did the mission work of your parents influence you and your faith?

For me, I can’t really separate the mission work my parents did from their actions as my parent, within the home. I honestly believe what great parents they are has made a greater impact on me than any of the mission work they did. Isn’t there a saying like ‘No one’s a hero in their home town!’ I think that’s kind of the way that I think about it. They were my parents first. I knew about the work they did, but I didn’t appreciate what they really faced until after I was a missionary.

I guess it’s like, they want to make the world a better place in whatever way they are capable. Sometimes that has meant a focus on the human care aspects of ministry or the theological aspects. But if that was in the U.S. or overseas it would be the same message to me as their child – that they were working to help other people.

However, I have been more willing to step into another culture and another way of life because of my time living in Guatemala as a child.