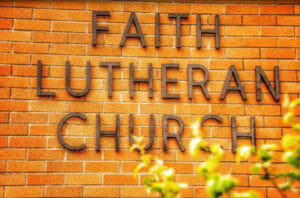 Faith Lutheran Church in Bridgeport, Michigan, is one of many congregations that touches the world through Lutheran Bible Translators.

Faith’s members bonded with missionaries Jim and Susan Kaiser in the 1980s through a connection at a district convention. The Kaisers currently serve in Ethiopia and have visited Faith several times speaking about their work. Church members pray for them regularly.

Jim and Susan recall the beginning of their journey with Faith. “We have always felt that God would bring those He wanted to our presentations. Only three or four people showed up that first time. They thanked us and promised that more would be there next time.”

The Kaisers went overseas and were invited to Faith again several years later when they were back in the U.S. “The room was full of enthusiastic people! We were amazed! That’s when our relationship truly began, and I think we have been back there every time we returned since then. They have been very faithful in regularly sending cards to encourage us, along with their prayers and giving.” 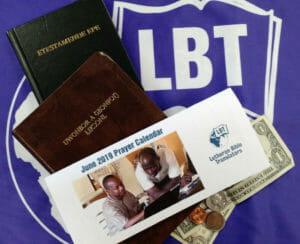 Faith’s prayers, messages of encouragement, and Dimes for Missions program help support the Kaisers. For many years, the Noisy Dimes for Missions Cans have been passed around on the last Sunday of the month for worshippers to deposit their dimes, loose change, or bills. Many times, those mission offerings were designated for Bible translation.

Faith’s offering has generated thousands of dollars over more than 30 years to build a firm foundation for people previously without God’s Word. Only God knows the impact of Faith’s notes and prayers!