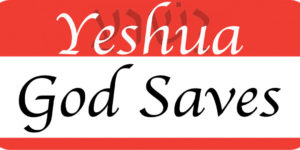 When I was very young, I assumed the name Jesus was unique, that the Jesus I learned about in Sunday School was the only one who ever had that name. Not true of course. It was a very common name—Yeshua in Hebrew—meaning ‘God saves’ or ‘God is salvation’. The unique difference was that out of all the little boys named Yeshua, only one was more than just a reminder of God’s greatness and compassion.

Rev. Carl Grulke serves as a translation advisor in Botswana, where it’s common to give a child a name that is either a statement about the child, the circumstances surrounding the birth, or the attributes the parents hope the child will have.

Imagine his confusion when he learned that the first president of Botswana was named Seretse Khama.

You see, the word seretse translates as muddy. “In English we have idioms like ‘don’t muddy the waters’ and ‘his name is mud’. Why would you give your child such a name?” he wondered. Then Rev. Gulke learned that seretse can also mean the glue or cement that holds everything together. “Seretse Khama was given that name because he was born at a time of conflict between important families. The hope was that he would bring the families together.”

Though Seretse Khama more than lived up to his name—he healed the rift between the families, helped negotiate Botswana’s independence, promoted the ideal of a multiracial democracy, and strengthened Botswana’s economy—it’s doubtful that many outside of Botswana have ever heard of him.

There are millions of people who have never heard of Jesus Christ. Millions who do not know that He is the living embodiment of everything His name promises. Through your prayers and gifts,through partnerships with organizations and language communities around the world, Lutheran Bible Translators serves to bring God’s Word to those who do not have access to it in a language they understand.

Seretse Khama was a great man who, among other things, healed a family rift. Jesus, the Son of God, can heal the world. Click here to learn how you can help share His name and the promise it represents.