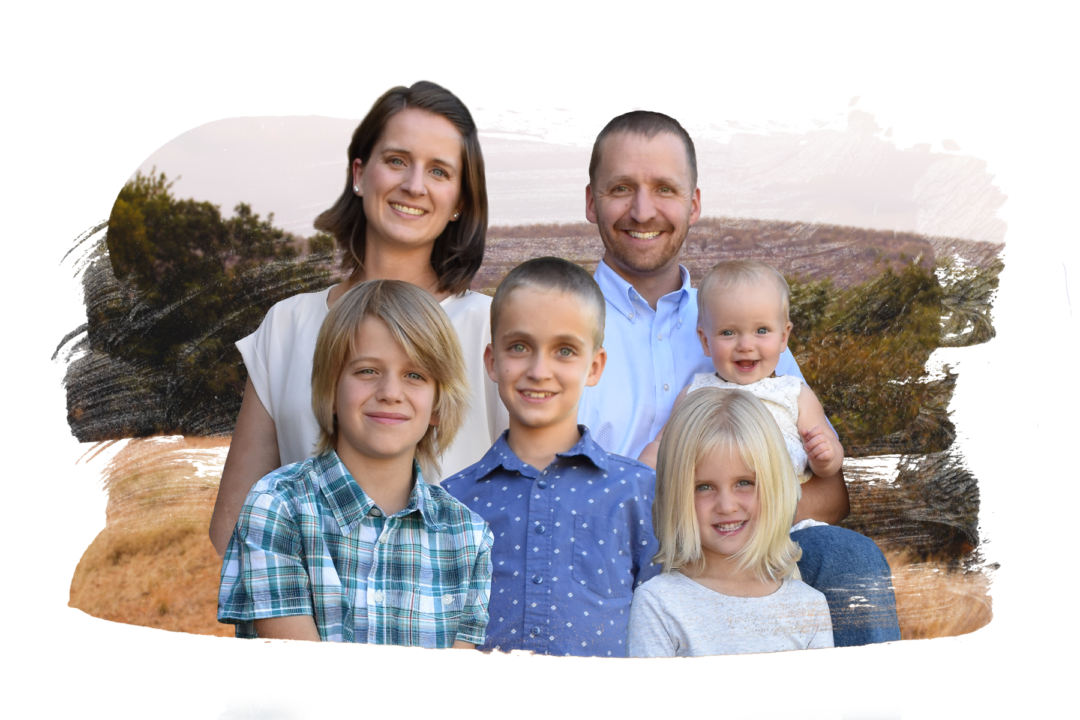 Rev. Mike and Kara Kuhn, have been doing missionary work for Lutheran Bible Translators in Canada since January 2012 and are assigned to a New Testament translation project with the Nizaa people of Cameroon. Since November 2020, Mike has also been LBT’s representative in Cameroon. Kara manages their home and teaches their children.

Mike was born and raised around Edmonton, Alberta, Canada. He became interested in overseas mission work while volunteering for LCMS—World Mission in Guinea, West Africa (1999-2000). After that, he attended Concordia Lutheran Seminary in Edmonton, and went on to serve the Lord and His people at Foothills Lutheran in Calgary, Alberta, as a pastor from 2004 until 2011.

Kara was born in northern Saskatchewan, raised in Winnipeg, Manitoba, and spent her high school and college years in Calgary. She received her B. A. (French) and B. Ed. from the University of Calgary.