Evacuations are not easy, and the cost is more than just dollars. As many of you know, Rob and Mical Hilbert and their two children and Josh and Ruthie Wagner with their two children were temporarily evacuated from Sierra Leone at the end of this summer due to the outbreak of Ebola in West Africa. “We monitored the situation since the outbreak began in Guinea early this year,” said David Snyder. “We closely assessed the progress of the disease and its proximity to our missionaries as it took hold in Sierra Leone. By the end of July indicators suggested that there was unacceptable risk to our missionary families.” 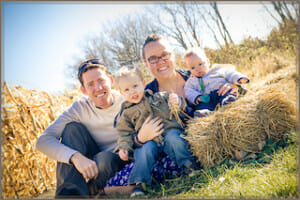 Sierra Leone was among LBT’s first mission fields, with Bible translators arriving in 1974. In 1997, all missionary personnel were evacuated due to civil war. Though LBT continued to support programs in Sierra Leone, the Wagners and Hilberts were the first to live there in almost 20 years.

“This devastating disease is impacting countless people,” said David. “Many of our colleagues in Sierra Leone and Liberia have had to endure curfews and food shortages. Some have lost loved ones.”

Though no missionaries were in Liberia when Ebola because a broader threat, travel to that country has been suspended. Alvina Federwitz was home on furlough when the outbreak began and has been unable to return. Becky Grossmann was unable to make a scheduled trip to work with several language groups. 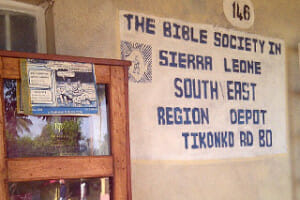 None of these missionaries are idle during this time. The Hilberts have accelerated their professional development plans and are at the Graduate Institute of Applied Linguistics. Rob is completing a master’s degree in linguistics and literacy while Mical pursues a master’s in linguistics. The Wagners will work on various LBT projects here in the U.S. They, along with Alvina and Becky, are maintaining active contact with their colleagues in Sierra Leone and Liberia, encouraging them and working on language and translation materials as possible.

To help offset the costs of the evacuation and also the ongoing costs to support our partners, please visit www.lbt.org/crisis. Please pray that the epidemic comes to a swift end and for the health and safety of all those threatened by this tragic situation.